Running through some big changes

Last Sunday I took Loki for a run for the first time in a couple of weeks. He yanked on the leash the whole time, drug me into the ditch while chasing a squirrel, and traipsed through every puddle until his fur was a muddy mess.

“I am NEVER taking you running again!” I growled at him.

By the next day, however, I relented. We’re doing some work on the house, and in the big picture my aggravation during a Loki run is nothing compared to my aggravation with having a keyed-up husky rocketing around the premises.

Having recently read a “science of happiness”’ article that suggested tackling dreaded tasks first – so they don’t weigh on your mind, leaving you free to anticipate the things you’re really looking forward to – I took Loki for a run earlier in the day. Instead of focusing on my irritation, I focused on his happiness.

After three straight days of this, I felt like we were both making progress. And then our oldest daughter, Loki’s official owner, who’s been living at home the last few months while working her tail off after getting her bachelor’s degree, dropped a bombshell: She got a job in South Carolina, 11 hours away. Daughter and dog are moving out in two weeks.

In a way I haven’t really even had time to process this. Last week was the end of the school year, with all the hubbub that brings, especially when you’ve got a graduating senior. We’d had baseball and/or softball games every single night, and to top it all off one of Colleen’s friends lost his father in a cycling accident. Besides all the emotional weirdness that entails, Dillon’s dad was the mastermind behind the annual seventh-grade summer trip to New York City. leaving that whole situation in turmoil.

Among the random thoughts that have emerged in the days since: Going for a run will be simpler now, without feeling guilty if I leave Loki behind but somewhat put-upon if I bring him along.

Naturally I then felt guilty for even thinking that. It’s not Loki’s fault that from his perspective I more closely resemble a dog sled than a running partner.

Things are going to be different around here, that’s for sure. 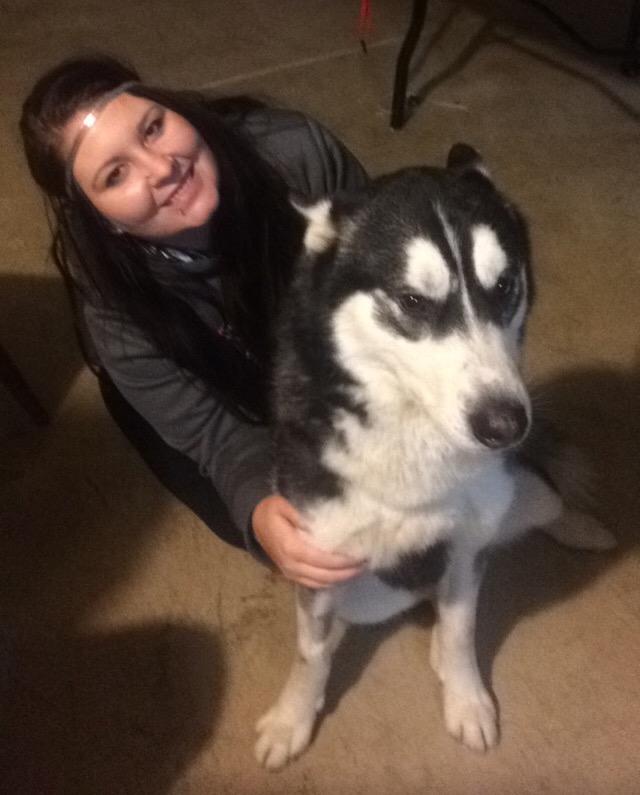 Rowan and Loki, who will soon be heading off to the Charleston area. It will be fun to visit, but we’re going to miss them both an awfully lot!

Like Loading...
This entry was posted in Uncategorized and tagged running, running with a dog. Bookmark the permalink.

7 Responses to Running through some big changes