The NutriBullet smoothie maker: A review

If it wasn’t for the NutriBullet, I never would’ve gotten around to trying Scott Jurek’s Recovery Smoothie. (See recipe at end of this post.)

But if it weren’t for my kids, I never would’ve gotten around to trying the NutriBullet.

There’s a generation-gap component at work here. I’m basically an anti-early adopter, loathe to bring new technology into my life (as evidenced by my unwillingness to switch over to a Smartphone). Left to my own devices, I would’ve been content to continue making the occasional batch of chocolate ice bean with our blender.

But our offspring, not content with our Model T of a smoothie-maker, arranged for their dad to receive the entry model Magic Bullet for Christmas. They then happily took it off his hands and promptly put it to daily — and what sometimes seems like hourly — use. 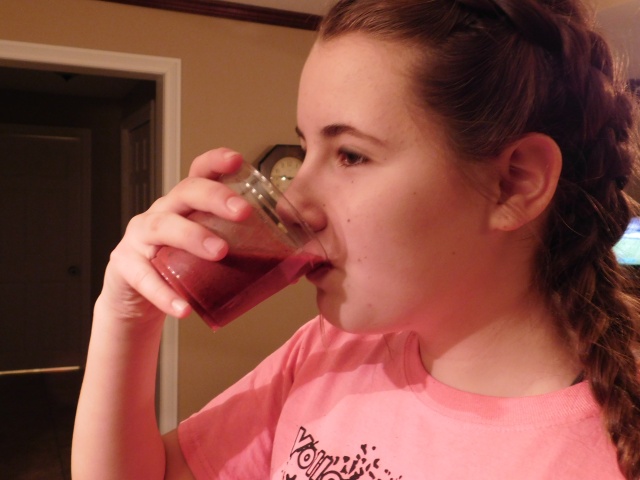 Does my niece Monroe realize she’s drinking spinach? I think not!

I was sure the kids would lose the go-cups that came with the Magic Bullet we got for Christmas, but so far so good.

They loved the fact that they could use the blending vessel as a go-cup. I was dubious, warning that if the cups didn’t get rinsed out promptly after use, I’d throw them away. (This had been a constant problem with their previous smoothie-making efforts. They’d mix up a batch in the blender, pour their portion out of the “pitcher,” then stash the rest in the fridge for what seemed like weeks on end.) Surprisingly, they actually did keep the Magic Bullet components rinsed, not just the cups but the base containing the blades as well. I don’t delude myself it’s because they suddenly think my advice is worth listening to; clearly it has more to do with making sure the device is always ready for the next round of smoothies.

When the opportunity came to review a larger, more powerful model — a 900-watt NutriBullet Pro —  compliments of a PR firm handling the company, I decided it was time to give the newfangled smoothie-maker a try myself. After a few weeks of using both the small and large versions (one a Christmas gift and the other a review model), here’s my assessment:

Ease of use: There are fewer parts to fool around with on both the Magic Bullet and the  NutriBullet than on our old blender. At first I was frustrated that the blades are on the lid; I kept wanting to take the lid off and reach in to dislodge a stuck glob of frozen fruit the old-fashioned way, and you really can’t do that when the container mixes upside down. But then our son Ben showed me that all you really need to do is pick up the whole container, turn it upside down and shake it, then set it back on the base. Eventually I got the hang of that, and now I’m finally to the point that I’d have to agree that using both “bullets” is easier than the blender. 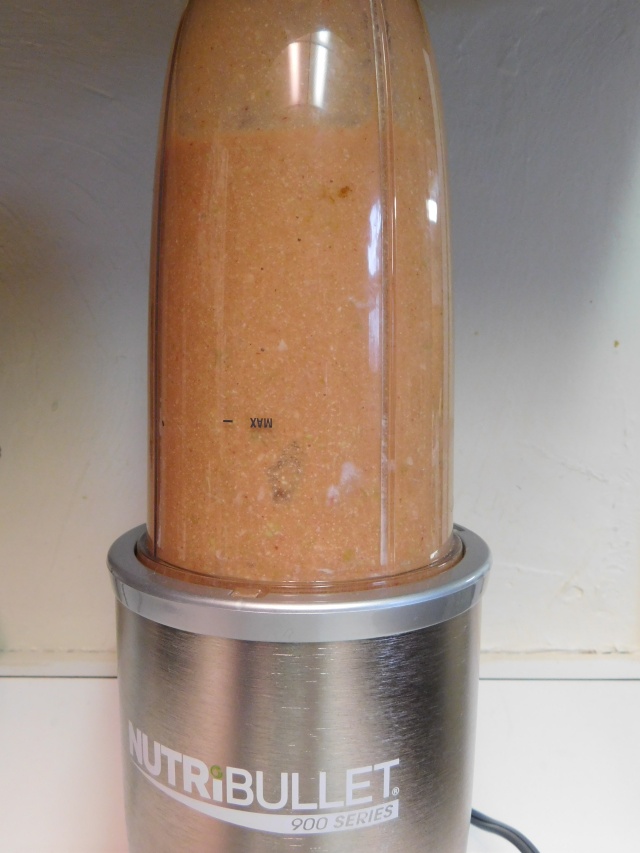 The NutriBullet in action. Doesn’t it look like a giant lipstick?

Blending power: Our old blender is 450 watts. The small Magic Bullet we got for Christmas is 250 watts, and it struggles with large chunks of frozen banana, though it handles sliced frozen banana OK. For most things the kids make — concoctions of protein powder, berries and almond milk or Greek yogurt — it does a fine job. The larger review model we received is 900 watts, and it’s a beast. Not only does it grind up half a frozen banana without balking, but it’s also successfully ground up cacao nibs, dry roasted edamame and ginger root.

Cleaning difficulty: I initially thought it would be easier to clean the blender, because it breaks down into more parts. Over time, though, I’ve come to agree that it’s pretty easy to clean both Bullet models, provided you rinse them out promptly after use. Because there are fewer pieces to wash, it probably does seem a bit less daunting to clean now than the blender.

Convenience: OK, OK, the NutriBullet wins this one hands down. It’s incredibly appealing to dump stuff in a cup, put on a lid for upside-down whirling, and then guzzle the contents without needing to take time to transfer it to another cup. I do wish the larger model came with a shorter cup that fit in the wider base, so that you didn’t feel like you were slurping from one of those  “Big Gulp” fountain drinks. (Turns out you can buy these separately; more on that below.)

Given those price points, if it were just up to me for my own personal use … you know, I was going to say I’d buy the blender because it’s powerful enough and easy enough to both use and clean. But the reality is it isn’t up to me for my own personal use, because our household has become pretty smoothie-dependent, and I’d have a riot on my hands if we went back to our blender-only reality. The other thing is that I’ve cut down on morning coffee consumption by making a flavored water concoction — adding a cup of strawberries or blueberries and 1T lemon juice to the 32-ounce mega cup that I then fill with water — and I simply don’t think I’d drag out the blender to do that.

So, knowing what I know now, I may not necessarily spring for the NutriBullet myself, but I sure wouldn’t hesitate  to put it on my Christmas list. It will be interesting to see whether we still have all our go-cups this time next year, though.

I was going to make up one of these and keep it in the car for after the Maple Leaf Marathon, but then my assistant (Colleen) got sick and didn’t go with me, so I didn’t get around to it. This recipe, from Jurek’s book Eat & Run, is extremely tasty, however, and it makes a great recovery drink for after a long run. 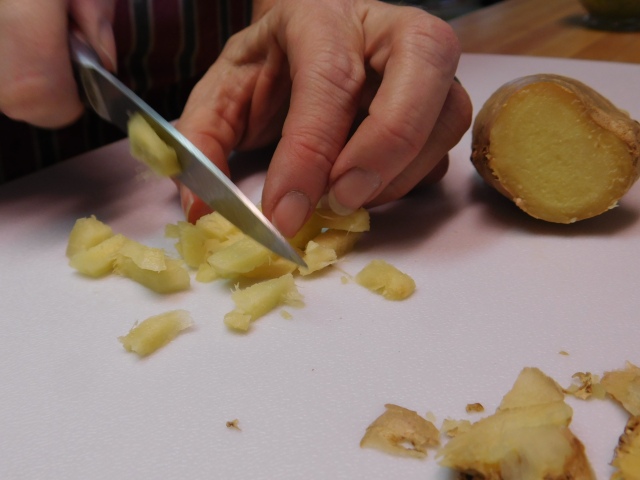 The Nutribullet had no problem digesting this ginger root. 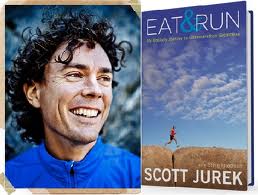 Dump everything in a blender or a 900-watt NutriBullet smoothie maker. (I wouldn’t use the 250-watt model on that ginger root.) Makes three 8-ounce servings or one giant 24-ounce serving.

2 Responses to The NutriBullet smoothie maker: A review