Exploring the other side of the river

Funny how all these years I’ve been running the River Greenway without paying much attention to the river itself. It would have to be something pretty spectacular, like the time we spotted 10 turtles perched on a pipe, or the day last week when a “leaner” fell into the river during the course of a run, for me to take any special notice. 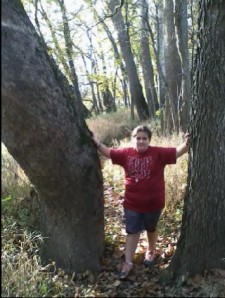 Next time we’ll take something better than my crappy cell phone for taking pictures!

So the other day Colleen and I decided to explore the north side of the Wabash, where there’s a much more challenging mountain bike trail that’s seemingly rarely used. And no wonder! This is a trail that doesn’t just get muddy, but gets absorbed by the river when it overflows. If you hiked it once a month, it would look different every time – and not just because the leaves had changed or plants had grown, but because the terrain itself had shifted in some way.

Trees that elsewhere would seem massive and powerful, pushing up concrete and shattering windshields with discarded limbs, are so obviously little more than the river’s playthings here – bent, twisted and torn into shapes that are both spectacular and creepy.

Is it runnable? I think so. Obstacles seem to be more obvious here, less likely to surprise you. There’s a couple of places where the path is too tilted to get good footing, but they don’t last long. But we’ll likely do some more exploratory hiking before we try it. For one thing, there’s so much interesting stuff to look at, it’s hard to imagine just going by in a blur.

Like Loading...
This entry was posted in Uncategorized and tagged hiking, riverbanks, running, trails, Wabash River. Bookmark the permalink.