Part of my interest in old family stories is the reality check they provide. Here’s another short outtake from the Gerber family archives that offers a glimpse into life before anybody ever heard of the “me generation”:

Right now people are worried about Ebola but early last century typhoid fever was a very real danger, killing 1,217 people in Indiana in 1902, including four of my great grandfather’s siblings.

More than 700 of those who died were parents between the ages of 20 and 40, according to the secretary of the state board of health, leaving 4,398 children as orphans.  By the time he married in 1907, Jehu Gerber and his new bride Lydia were raising three of his dead sister’s children.

Over the next 44 years they raised 14 of their own children into adulthood as well as caring for their parents on the family farm. Finally, in 1951 they bought a small house in Bluffton, planning to move there in the spring. Though Jehu was then 78 and Lydia was 66, this would be the first time in their married lives they would live alone as a couple.

But it was not to be. Lydia died on Dec. 15, 1951, and instead of moving into the new house, Jehu moved in with his daughter Minnie and her husband, Homer. 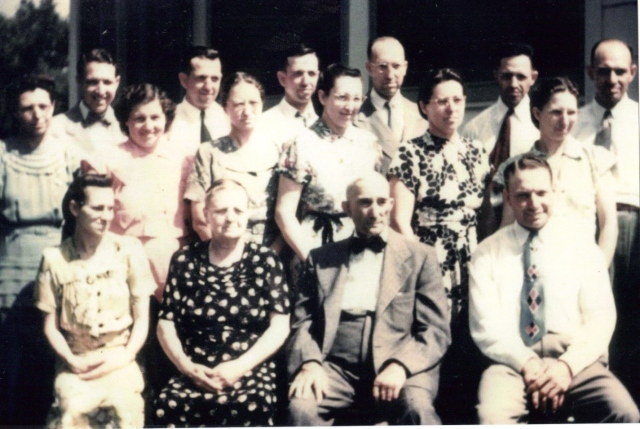