Posted on October 9, 2014 by tischcaylor

Experimenting with the slow carb diet was a real challenge for me, running-wise. I don’t know if it was mental or what, but I always felt hungry on a run – as if my body needed carbs for fuel. 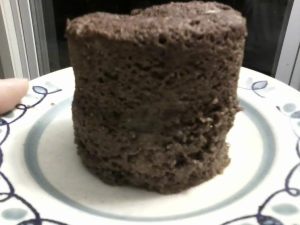 Finally, I adapted this low-carb ground flax muffin, which is really filling to begin with, by adding half a mushed-up frozen banana. Yes, I know bananas aren’t allowed on low-carb diets. But this has really satisfied me without causing a weight spike. And I’ve come to rely on it enough that I’m gonna stick with it, even though I’m now weaning myself off the slow-carb diet.

Banana flax muffin in a mug

Note: Most versions of this recipe I’ve seen online (sans banana) call for 1 teaspoon of coconut oil. Instead of adding that to the muffin, which is nice and moist with the banana, I’ve been putting that in a cup of coffee. Some people swear by this coffee as a powerhouse sports drink. I can’t really say, since I’ve only used it in conjunction with the muffin. But the combination has really worked for me, so I’m sticking with it.

Like Loading...
This entry was posted in Recipes, Uncategorized and tagged flax muffin, muffin in a mug, pre-run snack, recipes. Bookmark the permalink.