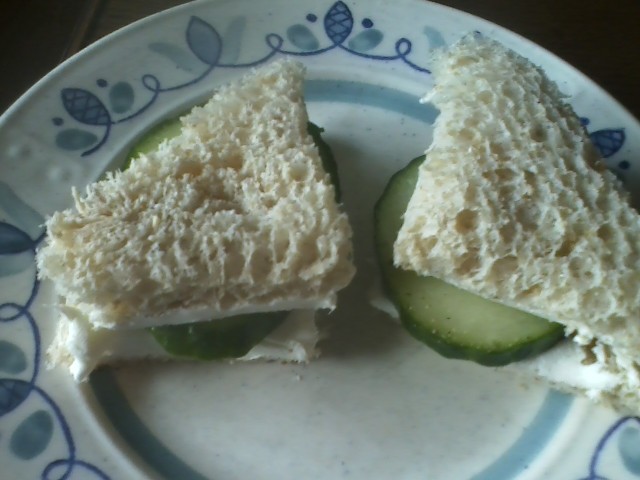 Naturally I had to try cucumber sandwiches after reading about them in Oscar Wilde and the Vatican Murders, another in the series of Gyles Brandreth’s mysteries starring Wilde and Arthur Conan Doyle (before he was knighted). 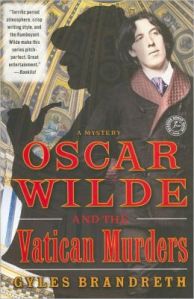 Turns out the scene in this book, during an English tea at the Vatican, was based on a famous scene from Wilde’s The Importance of Being Earnest, which I haven’t read but sounds like a Victorian version of a Seinfeld spoof in which a character accidentally eats all the cucumber sandwiches that were supposed to be served to company during tea.

As far as the sandwiches themselves, mine were pretty simple: Cucumber slices dipped in lemon juice and then sprinkled with pepper arranged on crustless bread spread with cream cheese. (The Brits prefer butter, but not me.)

These would be a great addition to my collection of Dragon sandwiches, as you could certainly eat a pile of them (using Healthy Goodness bread and fat-free cream cheese) without racking up too many calories. The cucumbers give a nice crunch to what would otherwise be boring old cream cheese sandwiches. The lemon pepper taste was OK but I probably wouldn’t go to the trouble if I was making these just for me. 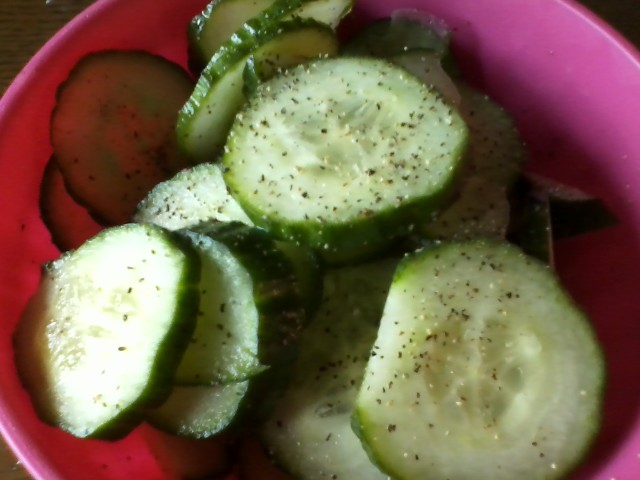