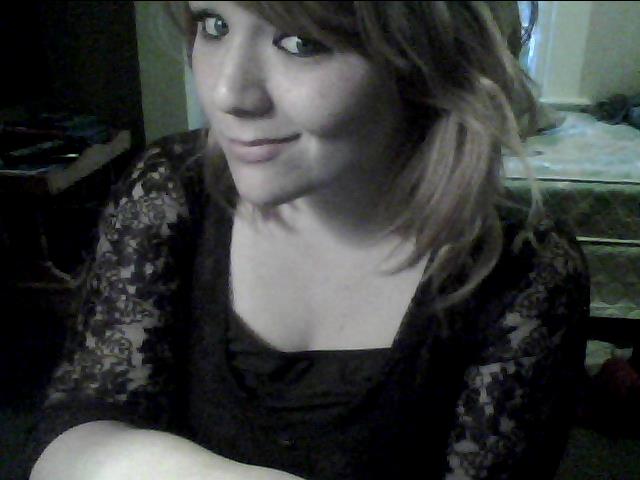 Every time I see Rowan’s friend Talisha, she’s on a new diet. But unlike most serial dieters, she’s actually making progress, having lost more than 60 pounds in an attempt to qualify for the military.

A little over a year ago, Talisha tipped the scales at 220 pounds — a late teenage weight gain of a girl who admits she loves to eat, hates to exercise and is so busy juggling work and school that she doesn’t have time to cook.

But she didn’t like outgrowing her clothes. And she desperately wanted to get into the Air Force to earn money for college so she wouldn’t have to work at a nursing home for the rest of her life.

Not surprisingly, she latched onto diets that sounded fun and easy. At one point she was rhapsodizing about “the chocolate diet,” in which she ate Slim Fast or fiber bars for two of her three meals every day.

For a while she went vegan, convinced it was impossible to get fat eating nothing but plant foods. When she stopped by the other day, she said she’s moved on yet again, tracking her intake with the help of a phone app called My Fitness Pal.

“So how many diets have you been on now?” I asked.

She was on her way to a Navy recruiter’s office, looking noticeably slimmer in tall boots and skinny-legged jeans. At 158 pounds, she’s still 6 pounds over the limit for a 5-3 woman. But she heard the Navy will let you in if you pass a tape-measure test — a  friend of hers got in that way after losing 100 pounds, which still wasn’t quite enough for him to make weight — while the Air Force relies on a tougher BMI standard.

Talisha says that if she’s learned anything on her speed-dating approach to dieting, it’s this: She now recognizes when she’s bored and needs a change. For now, she likes using My Fitness Pal because she can eat whatever sounds good, within moderation. Because she doesn’t have time to cook, lately that’s meant a lot of Smart Ones frozen entrees. She’s been snacking on low-cal cherry tomatoes — “they’re so good!” — but “you can still have a piece of cake now and then,” she said.

The best thing she’s eaten lately? Spaghetti squash. She cooked it up herself the day before, when she uncharacteristically had a little extra time on her hands.

“Oh, it was so good, I just wanted to roll around in it,” she said. “Did you know that spaghetti squash has only 40 calories for every 200 calories of pasta?”

As for exercise, other than a fitness hoop she plays around with once in a while, her primary workout is “being a CNA (certified nursing assistant.)”

“I should be a terrible dieter,” she admits, “because I love food and I hate to exercise.” But she gets excited about the new foods she tries on her various diets. And once she’s learned something that’s helped her on her journey, she makes it part of her routine.

“This is really important,“ she said. “Always, always get rid of your pants once they get too big. And when you’re losing weight, never have more than two pair of jeans in your size. If you get any more than that, always buy the next smaller size so that you have something to work toward.”

The girls flounced out the door, determined to have fun on a rare day out together no matter what the recruiter’s verdict. I was in bed by the time they returned, but Rowan reports that Talisha got a thumbs up.

She’s going in for her physical today. I have a feeling there’s going to be a lot more exercise — and a lot less dieting — in her future.

And Talisha last May at the Norwell prom, second from left, next to Rowan (in the red)

Like Loading...
This entry was posted in Interviews, Uncategorized and tagged diet tips, weight loss. Bookmark the permalink.