Catching a compliment and running with it

Posted on October 1, 2012 by tischcaylor

If a sports drink company could bottle the transformative power of a single compliment, it could corner the market without buying a single ad. 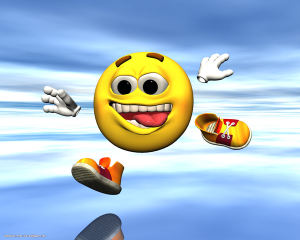 Consider: Friday’s 6-miler was a major drag. Legs sluggish after 10 days crammed with bike race, triathlon and DIY half-marathon. A sore muscle somewhere above and behind my left knee.

“Let’s get this over with” reverberated in my head, no matter what we were chattering about.

And then shortly after the turnaround, as Traci and I come upon a walker we just passed going the other way, this petite young thing turns around beaming and says something to the effect of: “I just want you guys to know I think you’re awesome. I see you out here all the time.”

Or something like that. Her exact words don’t matter, but their effect is instantaneous. In the time it takes to blurt a response — “We sure don’t feel  very awesome today, but thanks!”– I transform from slogger-jogger into … a REAL RUNNER.

Instead of feeling like a deluded over-the-hill former fatty, I suddenly see myself as a Pat Richardson protégé, an ex-athlete who’s rediscovering the thrill of competition. This is the year I finally placed in my age group at the Swiss Days Race, after all. Judging from the results in the paper, either one of us would’ve actually won our age group in last weekend’s lightly attended inaugural Harvest Hustle 5K.

We ride this surge of optimism all the way back, and wind up with what was likely our best 6-mile time ever, guesstimating by that precision time-keeping device known as the courthouse clock tower.

All thanks to somebody who took the time to say something nice. (I just hope I remember that the next time I find myself critiquing my kids’ sports performances when I ought to be focusing on the positive. Sound familiar?)