What would Tim Ferriss do on Black Friday?

Getting sucked into Black Friday is the epitome of herd thinking.

Bitching about Black Friday is just as sheeplike — judging from the way everybody who doesn’t go feels compelled to gripe about the stupidity of those who do in exactly the same way.

I can see both sides of the sheep brain on this issue, but there’s a larger question in my mind: What would Tim Ferriss do? 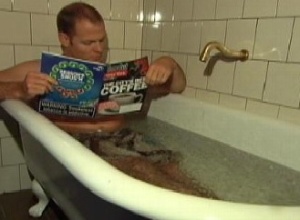 Specifically, what would the bestselling uberfit author of “The 4-Hour Body” do if, for whatever reason, he found himself standing in line with a bunch of crazed shoppers at an obscene hour in the cold?

Based on what I’ve gleaned so far from his book, here’s what I picture him doing in that scenario:

1. He’d deliver an impromptu lecture on the calorie-burning benefits of purposefully chilling the human body. Then, to prove his point (and sell a few more copies of his book) he’d rip off his shirt to put his well-sculpted abs through a shiver-shock regimen.

2. He’d do three sets of air squats as part of his post-Thanksgiving pigout regimen, noting his theory that small bursts of intense exercise trigger your muscle cells’ biological garage-door opener so that incoming calories are lured there instead of their usual destination, your fat cells. (Which presumably have roomier garages tricked out with big-screen TVs, well-stocked fridges and heated floors.) 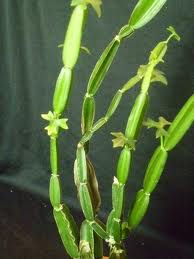 Cissus quadrangularis is an indigenous medicinal plant from India

3. He’d pop a supplement known in some circles as the wayward dieter’s “morning after pill” for its supposed ability to impede fat gain. It’s called Cissus quadrangularis, and according to Ferriss’ experiments on himself, it’s good for joint repair and muscle growth as well as for protecting the aforementioned abs from periods of “overfeeding.”

All of this, of course, is just conjecture. But if I happen to see Ferriss in line at Target, I’ll let you know.